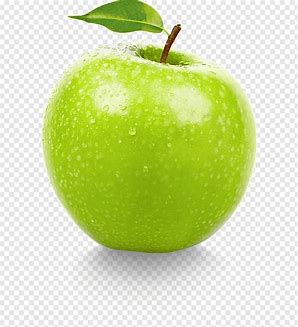 EDITH  SALDANHA & MARIA  LEHBERG
edith saldanha was born and raised in southern germany. after studying political science at the university of würzburg and a short stopover in berlin, she studied acting at the mozarteum in salzburg. already during her studies edith got an engagement at the münchner kammerspiele and is a permanent ensemble member there since 09/2020. edith has appeared in various film and television productions and remains keen to combine political interest with that for performing arts.

maria lehberg was born and raised in berlin. her acting studies at zhdk brought her to zurich, where she is now completing the final year of her training. from august 2022, she will be seen at theater oberhausen. during her studies, she participated in various film and audio projects and was awarded the young talent promotion prize of the armin ziegler foundation. maria has also been dancing jazz and modern dance for many years and is interested in performative arts.

EDWIN  RAMIREZ
edwin ramirez (no pronouns) is a performance artist and stand-up comedian from zurich. edwin has performed on all the big comedy stages in german-speaking switzerland, as well as on swiss television, since the summer of 2015. since the beginning of 2020, edwin has been leading the project criptonite, a crip-queer event series at the gessnerallee zurich, together with nina mühlemann. criptonite is part of the freischswimmen network 2020-2021. in the last two years, edwin has also performed at theater neumarkt with "star magnolia" and "monster vs society" at #bigdreams, and also at gessnerallee as part of neue dringlichkeit with "here! tickets for the revolution."

FIFIBIZA
philippa schmitt is an artist, graphic designer, poetess, dj…. trough all those mediums, she is trying to create things, forms as intense as she feels them. she want to exacerbate visually her emotions, in particular thanks to an excessive use of decoration, against a so-called “masculine” insensitivity and minimalism. fifibiza is her new musical project, which enriches its universe with a sound dimension. in the same way as in her artistic practice, she re-appropriates songs, often linked to teenage fandom, seizes them with excitement and mixes very diverse styles, from k-pop to dubstep.


is a group of friends, queer people and people of colour, that came together to create spaces and environments to celebrate themselves, with each other, together and for one and another.


HAUSVRAU
hausvrau is a proud member of the kiki house of besher poderosa and, like their house, this entity brings to you a mix of many worlds where they live or have lived in. a cultured whore known for their very high energy at all times, they would be the perfect housewife if it wasn't for the mood swings and the amount of alcohol they consume. when the dancefloor is concerned, be ready to watch them pop off the dj booth at any point to come shake what their mam gave them.

MYEN
myen (he/they) is a queer interdisciplinary sound-, art- and graphic design-project as well as a personal sonic hyperstition system. they understand their own media output as a way of communicating and evoking their speculations, ideas, thoughts and pains in an intimate and ritualistic manner. myen's sonic body of work describes itself best as a pain soothing, outward-directed, occult healing practice. their sound is heavily influenced by their practice of chaos magick, but also by avant garde electronica, classical composition and cybernetic culture. myens's signature sound is characterized by a painted synthetic vocal called neodorsal – a fictional phonetic term inspired by velodorsal consonant pronunciation, which is considered a disordered speech phenomenon. most of myens sounds function as signal-transmitters for techno-magical operations and are made to manifest personal hyperstitions in their ritualistic practices.

NAHSHI
known at first thanks to his dancefloor - oriented blends, nahshi recently set out to investigate the crushing force of lento violento (also known as slowstyle), an italian club music genre originated in the early 00’s based on half-time, heavily-distorted kicks and slow tempos that knock the listener out by means of impending, genuine tamarro violence. nahshi’s sets closely relate to his quest for an explosive, ever-evolving dancefloor experience that brings together slowstyle and the nastiest digital sound explorations.

NIRAM
niram is currently living in bern to complete her bachelor's degree in soundarts, in which she is exploring different niches of electroacoustic music. due to her membership in the network.bipoc.woc and the bipoc group at the university, she has a strong interest in combining socially critical aspects musically.

NTANDO  CELE & TRACY  SEPTEMBER
ntando cele was born in south africa and is based in bern, switzerland. she studied acting in durban and also attended dasarts in amsterdam. her work overturns the borders between physical dance theatre, video installation, concert and performance. she combines music, text and video to recreate her own identity on stage. with politically incorrect statements and jokes, addresses the hidden racism in everyday life. gleefully dissecting prejudices and stereotypes, she confronts the audience with their own perceptions.

tracy september is a south african musician, performer, dj, music researcher and writer based in zürich, switzerland. with influences of jazz, traditional xhosa singing and electronic experimentation, tracy works around themes of memory, spirit and protest, with a particular passion for improvisation. for tracy improvisation is a way to surrender attachment to ideas and trust the capacity of one’s intuition. it is an invitation to let go. tracy uses her voice, electronics, texts, archive materials and field recordings, to tell stories that are deeply rooted in ritual, community and communion. ritual as a transformative tool; community as the foundation for the co-creation of existence; and communion as a means for intimate fellowship.
outside of her solo projects, tracy makes music for film, theatre and dance pieces. she is a member of the band black pitch and is also a dj playing under her pseudonym youngseptembe.

OZ  ODERBOLZ
oz oderbolz lives and works in zürich. in his art practice he investigates the performative aspect of objects by recontextualizing habits and traditions of sexist or intersectional, patriotic attitudes, while the performative does not take center stage. in his installations, performances and sculptures oderbolz engages with the socio-political and tries to introduce transformative narratives - thresholds that are conceived as interstitial spaces and open up the possibility of utopia. his pop culture-inspired research on queerness, emotions, spirituality, education, and empowerment is directed toward the creation of spaces of sharing and community.

PASCALE  SCHREIBMÜLLER & NELSON   IRSAPULLÉ
pascale schreibmüller is a theorist, lyricist aka sca's schreibmühle, midwife, dj scarlett, collective member of former oor, artist, organizer, who strives to regularly position herself in a way that spoils fun, critically examines her own body, and continues to ask herself how to live a good life in a bad life.

nelson irsapoullé is a sound artist and performer.x. he directs and creates his own projects from a situated knowledge perspective. they offers sound pieces and autofictional narratives such as narratives, journeys into the unconscious. their work questions the relationship between knowledge and power, desire and obsession, being and having. nelson irsapoullé asks the question of how to inhabit theris bodies, our bodies and our lives in a post-capitalist and unequal society.


SICC  PUPPY
sicc puppy is a sonar exploration of sound meant to evoke a sensation of pure bliss amongst the chaos. from ambient to techno. sicc puppy works with sound to serve as a representation of the multisensory chaos that comes with taking up space in a world that wants so badly to break us. sicc puppy's work deals with themes of loss, trauma and the intrinsic lines that intertwine within the deep recesses of our minds.